In an interview with Forbes, Changpeng Zhao, Binance C.E.O., stated a key factor for a token listing on Binance. 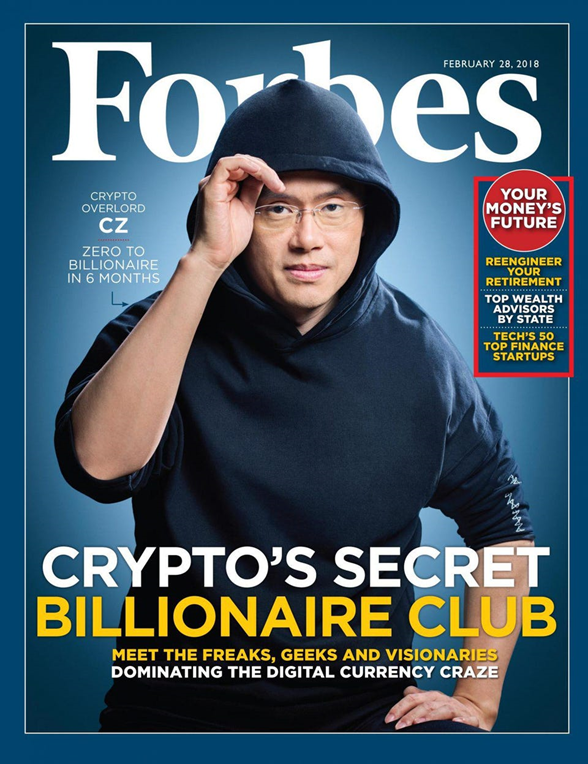 Changpeng Zhao, also known as C.Z, said that the number of users plays a critical role in the listing of a token on Binance. He went on to highlight – the number of active addresses on blockchain, social media engagement, and code commits, as some of the other factors also considered during listing.

Binance is currently the world’s leading cryptocurrency exchange by volume. Or an ‘ecosystem of projects’, as C.Z. would put it. Globally, it supports over 50 fiat currencies through its mobile crypto wallet, Trust Wallet.

According to the C.E.O., the number of users is crucial for listing a token on Binance. He says, “If you have a large number of users, your product has value. That’s the easiest to measure. Do include the user statistics in the application form. It will help significantly.”

He further noted that the problem with many projects is that they do not build a community first. Yet that’s what companies like Binance are concerned with.

He recommended that token creators should start from smaller exchanges and build up their communities. As a Telegram channel of 500-10,000 users, isn’t enough to guarantee a listing on a major exchange like Binance.

Binance currently supports 346 cryptocurrencies, including the Bitcoin (BTC) and Ether (ETH) stablecoins. Popular meme tokens like Dogecoin (DOGE) and its rival Shiba Inu (SHIB) are also listed. And according to CoinGecko, Binance’s current trading volume is estimated to be above $33 billion.

A figure which is much higher than OKEx, the second-largest crypto exchange with a trading volume of $7 billion. OKEx supports 312 coins while the American exchange Coinbase serves around 123 tokens, with about $6 billion daily trading volume.

When talking about exchanges, one cannot ignore decentralized exchanges (DEX). As these are the world’s biggest platforms in regards to the number of cryptocurrencies listed.

DEXs like PancakeSwap do not require contacting an exchange or asking permission. PancakeSwap, is a DEX on the Binance Smart Chain, with over 3,200 listed tokens, while Uniswap has a listing of over 1,800 cryptocurrencies.

Last month, PancakeSwap did list the Squid Game (SQUID) token, which posted over 45,000% growth a few days after launch. The cryptocurrency scam inspired by the eponymous Netflix show has since then rug-pulled.

It is also important to note that some major centralized exchanges support more tokens than Binance. For instance,  the Bittrex with a listing of over 450 cryptocurrencies.

Terra’s $2 billion Bitcoin reserves: Where did it all go?

This Week’s Recap: LUNA and UST Fall Hard, Will They Resurrect?

A BAYC NFT Was Sold for 200 USDC: A Possible Tax Evasion Tactic?